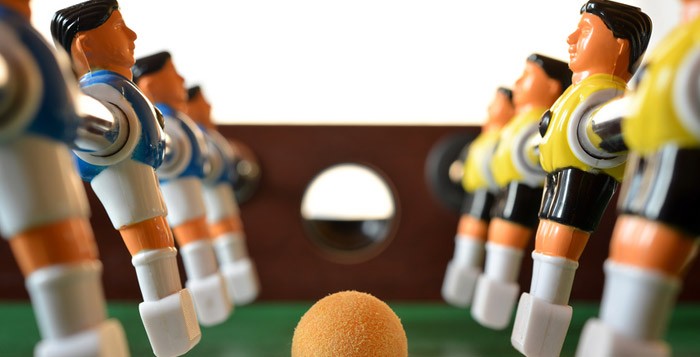 Patented in the 1920s, foosball is one of the earliest arcade games to feature actual moving parts, making it a sort of precursor to modern-day arcade games. Though its popularity has risen and fallen over the decades, the game has maintained a base of dedicated followers who keep the game alive, from pool halls to home foosball tables to tournaments.

For the rest of us, foosball is just another table game you might come across at a bar. But that doesn’t mean the game doesn’t have some interesting history worth knowing about. Here are five of the wildest foosball facts that might come up at your next trivia night. 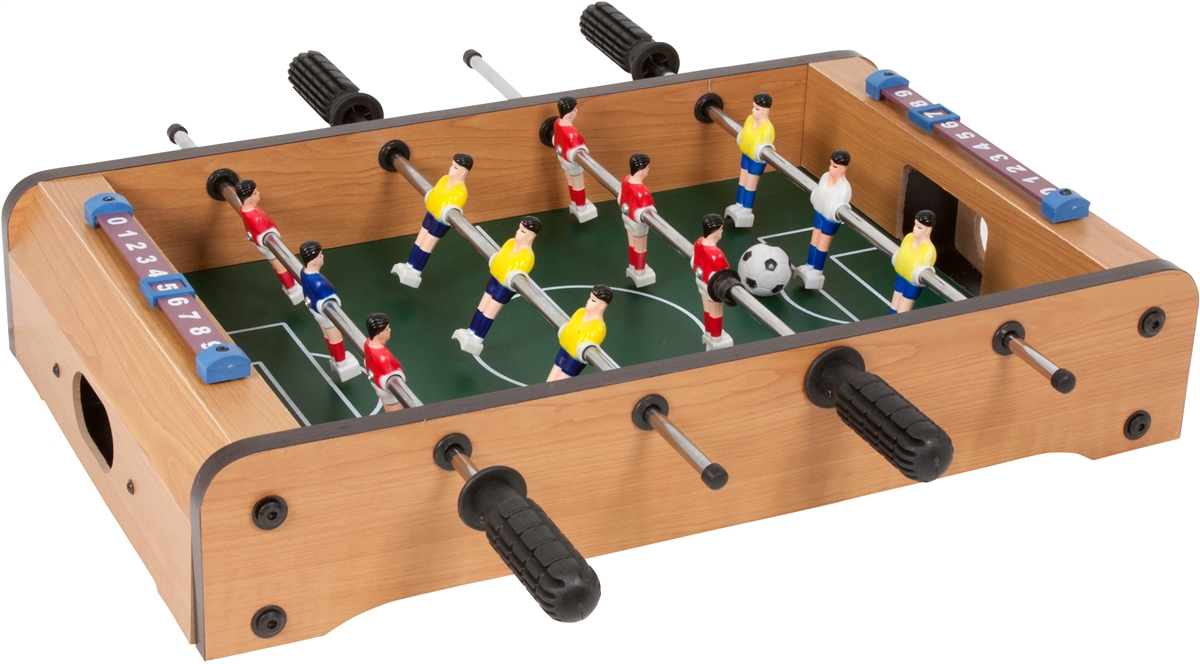 Foosball didn’t make a big splash in the United States until the 1960s.

Despite the fact the game was patented in the U.S. in 1927, it took another 35 years for foosball to truly break into the American gaming market. According to Smithsonian Magazine, a military man named Lawrence Patterson brought foosball to the U.S. in 1962 from West Germany, where he was stationed.

The Belgians were football fanatics a full decade before Americans embraced the game, forming the first foosball league in 1950.

Okay, they didn’t actually kill it, but they did greatly reduce the game’s popularity. In a foreshadowing of how quickly technology would become outdated once it started to evolve, foosball went from selling 1000 tables a month to 100 tables in the early 80s, and the International Tournament Soccer Championships, which had a prize of $1 million in 1978, had to file for bankruptcy.

Pac-Man, in particular, is blamed for foosball’s decline.

The invention of the game is contested (though it’s probably credited to the right person).

The first person to patent a foosball-like game was Briton Harold Searles Thornton, who registered the game’s design (including rods and playing field) in England in 1923, prior to its patent in the United States. Other men have been given credit for the game itself, though.

Proponents have claimed that either Lucien Rosengart, an auto engineer, or writer and artist Alejandro Finisterre invented foosball. Since the rumors for both men claim that he invented the game in the late 1930s, a full decade after Thornton’s patent was granted, though, Thornton probably deserves the credit.

In a relatively new trend, people have taken the game of foosball off the table and outside in physical sports form: human foosball. In the sport, poles are stretched across an enclosure and players hold onto them, remaining in and defending their own spots on the field. So, in an intriguing twist, the game of foosball, which was inspired by the actual sport of European football/American soccer, has produced a whole new sport of its own.

It’s an absolute rule in foosball tournament play, but it’s supposed to be a rule all the time, no matter how often casual players may break it. Spinning, the act of turning the rod on a foosball table repeatedly in the hopes of striking the ball is not permitted in foosball. Spinning is technically defined as turning any rod more than 360 degrees without making contact with the ball. So, you can flip a player over on the table, but you can’t do it more than once in a row without breaking the rules.

Foosball may not be the wildly popular pastime it once was, but, with the founding of the International Table Soccer Federation in 2002, the game of foosball and its storied history aren’t disappearing into the past any time soon.