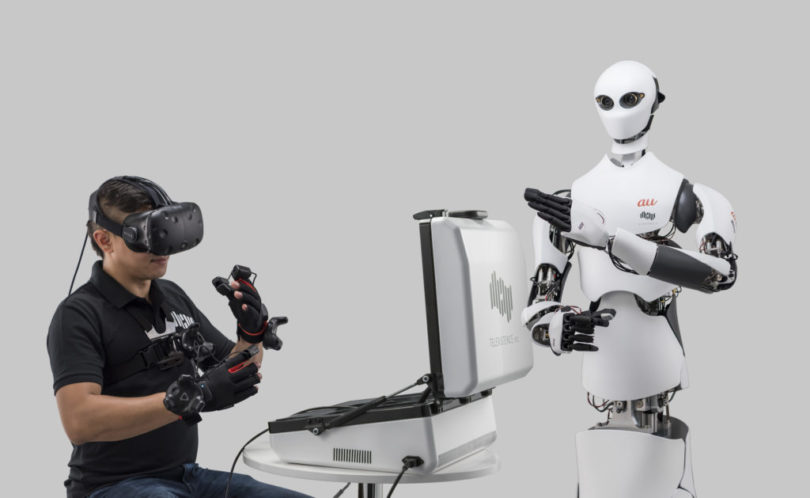 We experience new technology trends every year and with every new trend, come many benefits, and sometimes some downfalls. Whether at work, on the farm, in the office or in a manufacturing plant, the industrial revolution has had a major impact on many people. With the industrial revolution, came AI. We use things like computers and other machines to get work done, to communicate and even to socialize. We have machines that are capable of imitating almost everything we do.

These very capable machines are robots and they can carry out almost the same tasks as humans do using programs, sensors and software. In the past, only big industries such as the automobile industries relied on robots. Due to the huge tasks, the robots were big and could only handle tasks that were too heavy or risky for the human workers. However, things have changed and many industries are now incorporating small industrial robots in their everyday tasks.

This increased demand for the small industrial robot, has driven robotic manufacturers such as Universal Robots to design smaller, more user-friendly and versatile robots, capable of handling increasingly more delicate and precise operations.
The use of robots has ensured higher quality of production, product consistency, waste reduction, faster production cycles, improved workplace safety, reduction of labor costs, and significantly the reduction of floor space. Robots have shown us that they are capable of taking on simple tasks performed by hand with the ultimate benefit of lowering manufacturing costs.

However, the underlying mind-set in the manufacture of robots is to design them to perform repetitive, dangerous tasks. The aim is to design smaller machines that do not look intimidating and ones that can carry out the same tasks effectively.

Smaller industrial robots benefit production lines in a variety of ways. Smaller means that they are a lot cheaper. They cost far less than the massive industrial robots, as we know them to be. Secondly, smaller robots have versatile mounting. Small industrial robots are lightweight and compact. This means that they are easier to install in a number of different locations such as the ceilings, walls, shelves, tabletops and on less space on the floor. This allows for more creative and space-efficient work-cell designs, further reducing the impracticalities of using large robots.

The concept of having smaller robots over large robots is to improve the robot performances. In this regard, majority of the small robots in the industry today are exceptionally fast, increasingly better in their repeatability, and have better precision. Some of the tasks that today’s small industrial robots can carry out are tasks like pick and place, machine tending, and assembling among many others because they have arms fitted on them that can carry out such delicate tasks. Today’s small industrial robots can serve in restaurants, supermakets and retail stores and in airports to guide travellers to get to the counters, they want. Small industrial robots help companies to cut cycle times and increase overall their productivity.

With better precision and durability, many design advances are increasingly focusing on tasks involving some form or other for better artificial intelligence. Unlike the old traditional industrial robots that focused on single tasks, small robots can collect data, analyze it and performs tasks, which otherwise take a longer time to perform or would necessitate a pooling of different technical personnel to deliberate on the way forward.

Small industrial robots help companies remain competitive in a global economy. Apart from their affordability, we now have hundreds of different types of robots performing a multitude of tasks, with increased types of movement, degrees of motion and applicability. At any rate, in whatever manufacturing niche, you are likely to learn that there is a robot already available, which can assist in the production process, which would bring a number of benefits to the business. Even some of the industries that in the past focused on only using large industrial robots like the automotive and agriculture industries are now embracing robotic arms, which are much smaller to carry out their applications.